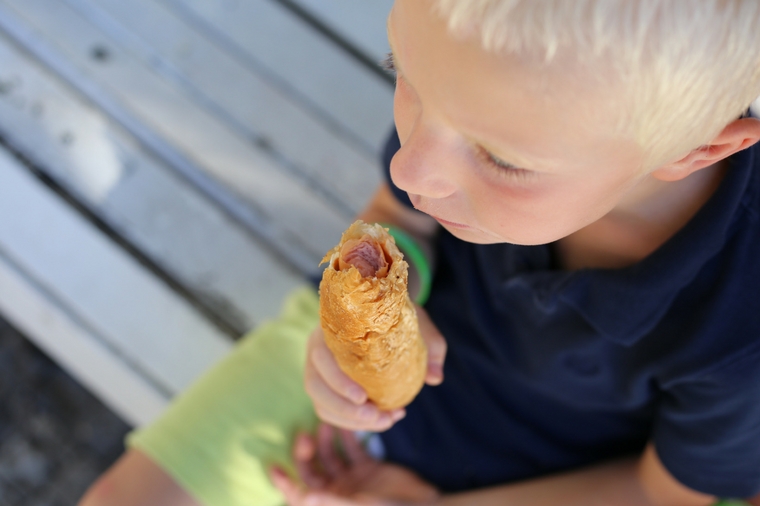 Do you want to taste street food for kids in Prague that is popular with children but also originally Czech? The boys and I made a special Top 4 list for you! And there is a bonus fun fact for you at the end!

Turn Prague Street Food into great fun! Download my Prague’s Street Food for Children Activity sheet to see what’s there to taste and solve a crossword puzzle about one of the popular Czech desserts!

This is a perfect Czech invention! I can’t believe it hasn’t spread around the world yet. The reason might lie in the necessity of using a “rohlík”. A rohlik is type of salty pastry that looks a bit similar to a tiny baguette. Making a Czech hot dog, you don’t cut the pastry in half. Instead you make a long round hole in the middle and then stick the sausage inside. You then add ketchup or mustard on top. Thanks to this special technique the hot dog is very simple and clean to eat and less likely for children to spill the contents all over their t-shirts! 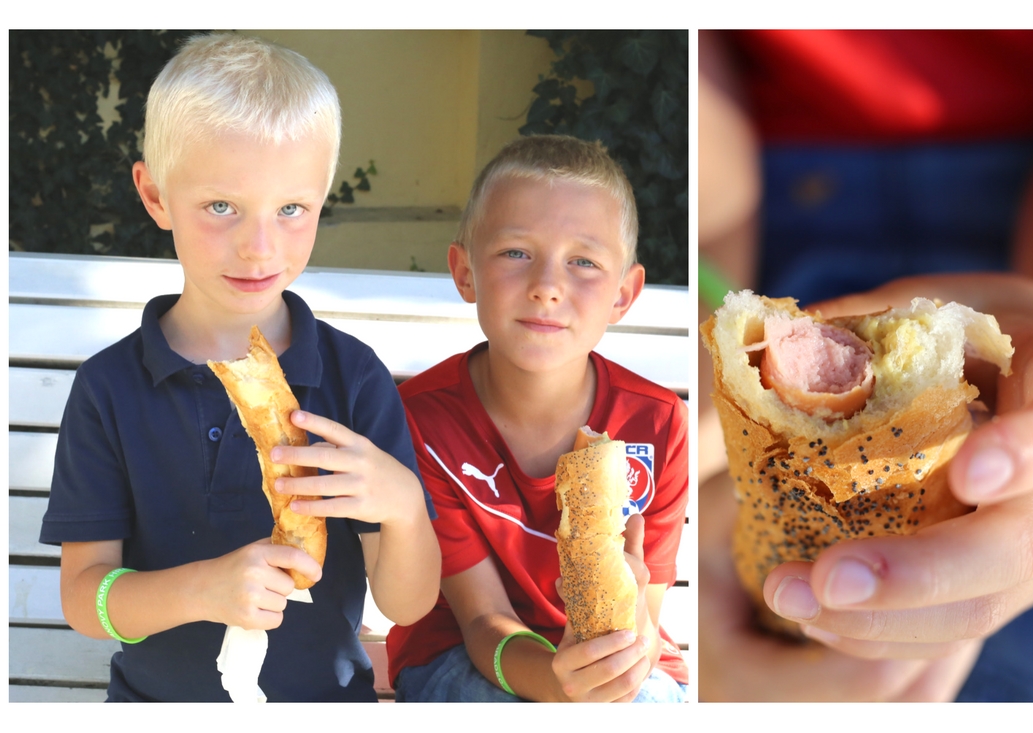 Where to find a Czech hot dog in the Prague city center?

Look for a stand with a sign reading “párek v rohlíku”. There is one stand by Wenceslas Square in the Passage Světozor. You also can find párek v rohlíku near Náměstí Republiky metro station, close to the KOTVA shopping center.

Kofola is a carbonated soft drink that was invented in 1959 as a result of research that was testing different options on how to make use of the surplus caffeine from coffee roasting. The syrup they invented was called Kofo – it was dark-colored and semi sweet-and-sour. Kofola, the drink made from this syrup, was very popular in the 60s and 70s when you couldn’t get Coca-Cola and Pepsi anywhere due to the communist regime.

Czech children love Kofola and your children probably would too! You can buy it almost anywhere in a bottle, but if you let them taste it in a restaurant, you’ll probably get a 0,3 or 0,5 liter glass of Kofola from a tap. The Kofola glass design looks similar to a beer glass so children will enjoy drinking it. 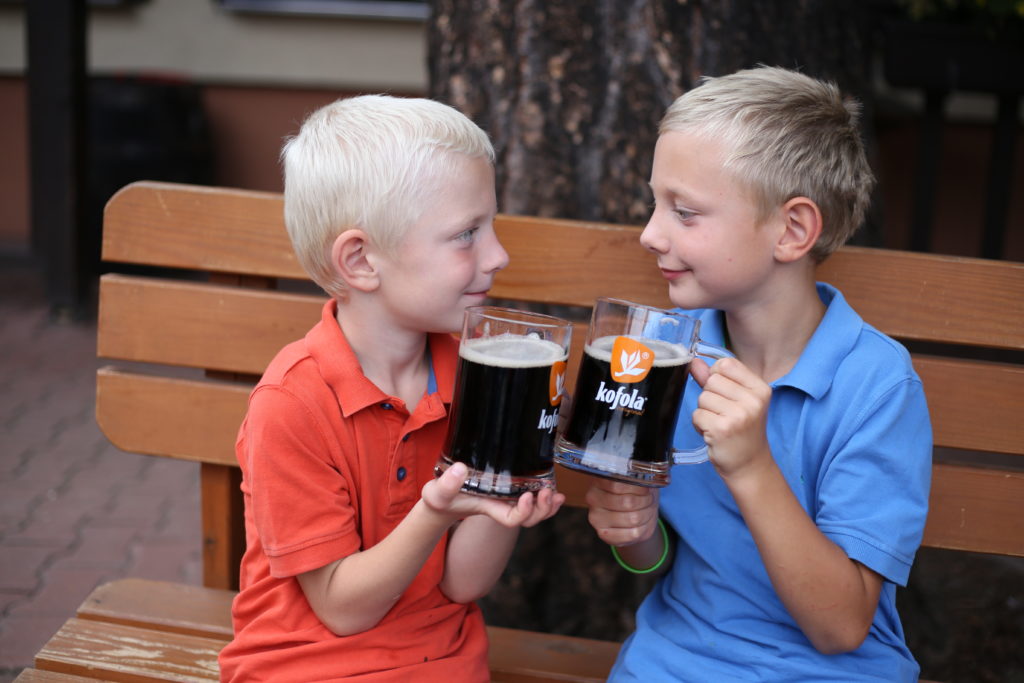 Where can you get the best Kofola on tap in the center of Prague?

You can enjoy it in Lokál pubs or at Mincovna in the Old Town Square.

Soft ice-cream is popular in many countries and it’s experiencing quite a comeback in the Czech Republic. The true original that “has always been there” (i.e. since the 70s) is in Ovocný Světozor shop, and it’s made of strawberries and bananas. In good weather you’ll have to wait in line to get a portion of their soft ice-cream. Yes, that’s how popular it still is!

Where to get soft ice-cream in the Prague city center?

Ovocný Světozor has three shops in the city center. The best one is in the Passage Světozor right by Wenceslas square. The shop is often crowded, so if you don’t want to sit down inside, take your ice-cream to the Franciscan garden further down the passage and eat on one of the benches there. You can also find a wonderful playground there! 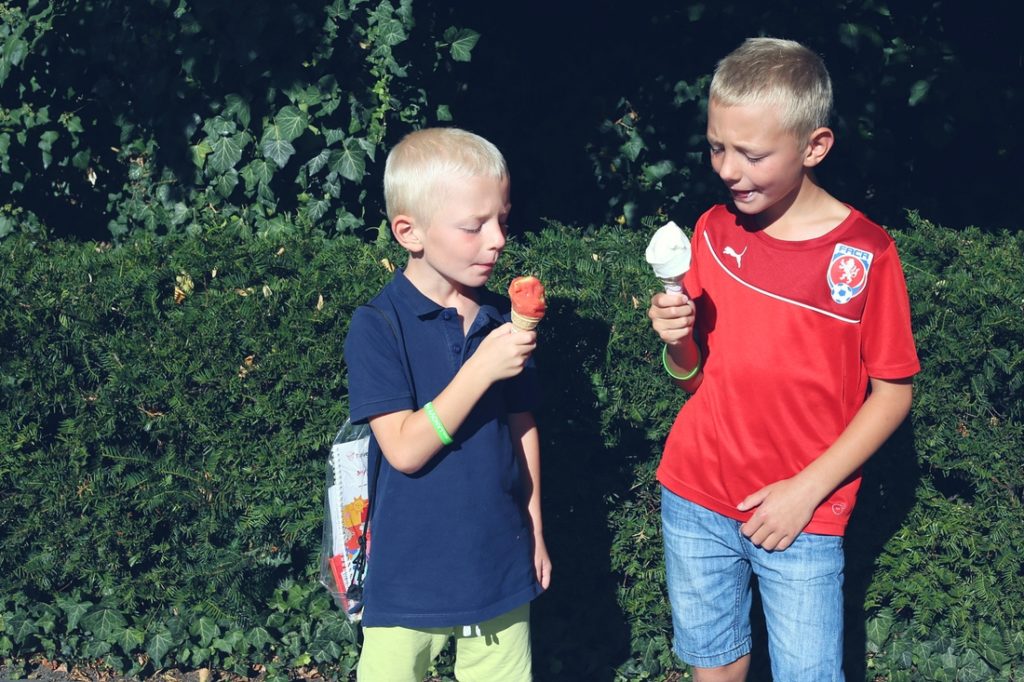 This doesn’t really have an English name. They’re basically open-faced sandwiches with all the good stuff on top. You could think of them as Czech tapas or finger food. Since we eat hot dishes for lunch, we often have only cold dinners and chlebíčky is a good option. It’s also the kind of thing our moms like to serve at small parties and family gatherings.

Chlebíčky are sold in many delicatessen and pastry shops in Prague. You can get them in all kinds of variations. The most common, however, is with potato salad, decorated with ham, boiled egg, cheese and salami. 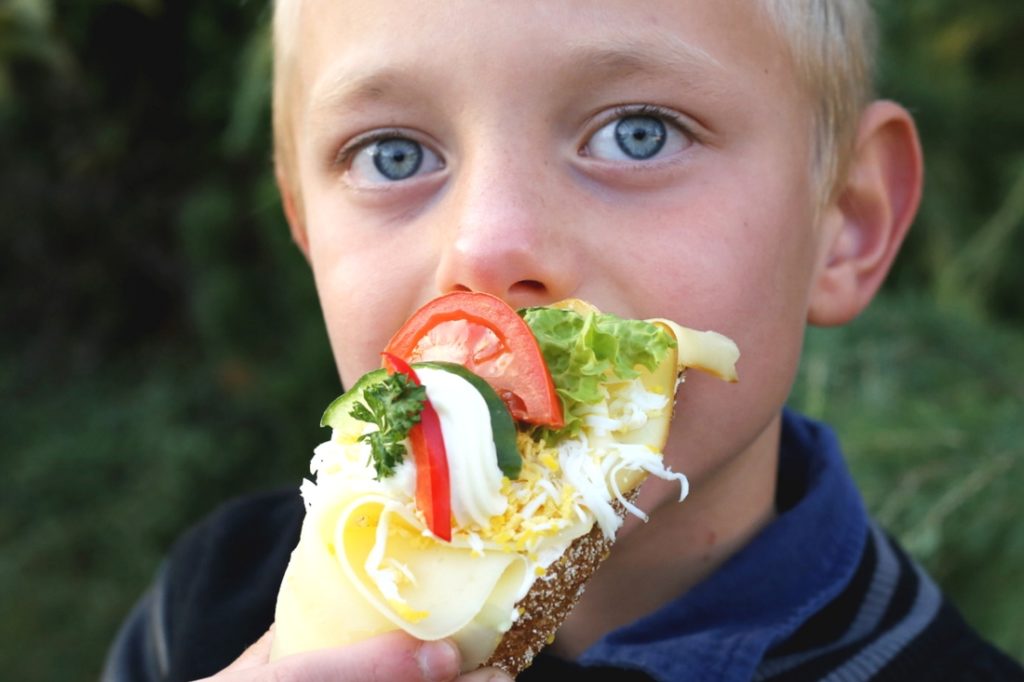 Where to buy fresh and tasty chlebíčky in Prague?

+1 Did you think Trdelnik was Czech? Wrong!

These sweet cinnamon flavored pastries called “Traditional Bohemian Trdelnik”, or “Trdlo” for short, in fact come originally from a small town in Slovakia called Skalice. Nevertheless, Prague bakers managed to make it a hit a few years ago! Czech or not, we can’t argue that kids love it. My boys always want to eat Trdelnik when we go to the Prague city center for a walk (and you really can’t miss them in any of the Prague’s hottest spots). 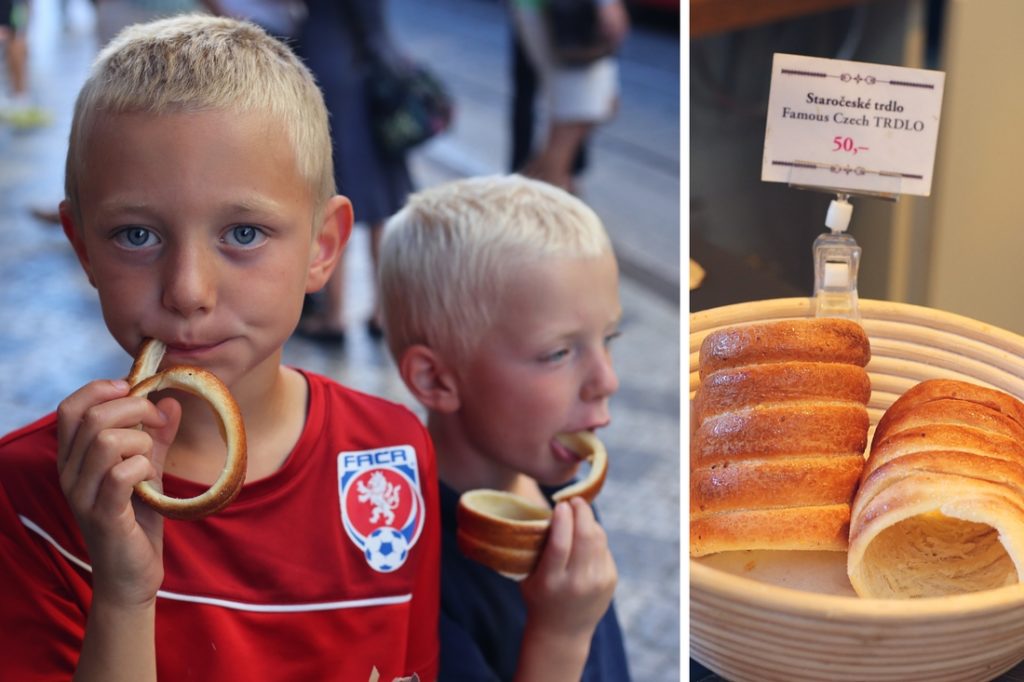 My tip: If your children want to taste Trdlo, have it cut in half so they can share and avoid getting too hyper with all the sugar in their tummies 🙂 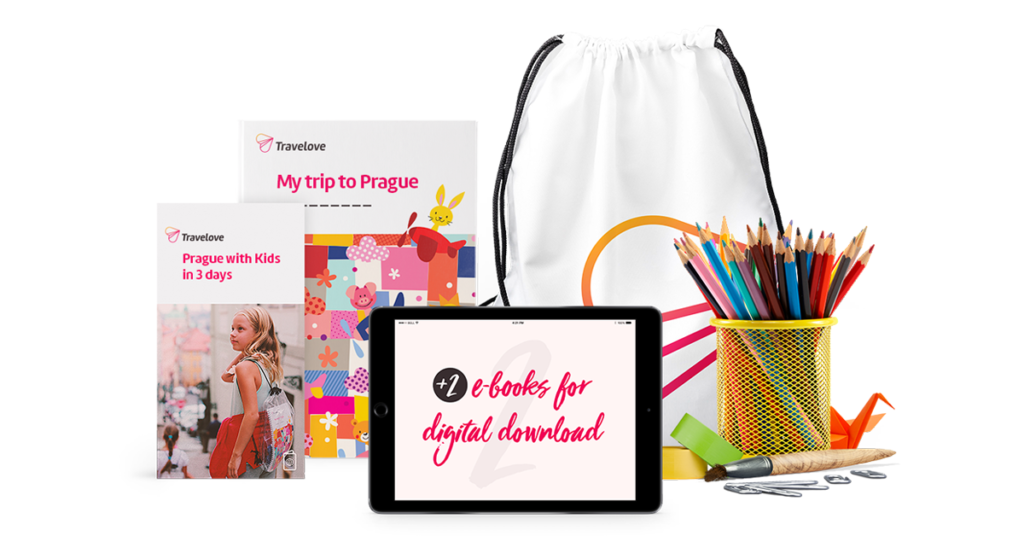 Are you curious about more food tips, family friendly eating places and culinary peculiarities of the Czech cuisine? It is all in my Prague Family Kit! Don’t forget to check it out and order with super fast free delivery to your Prague hotel. 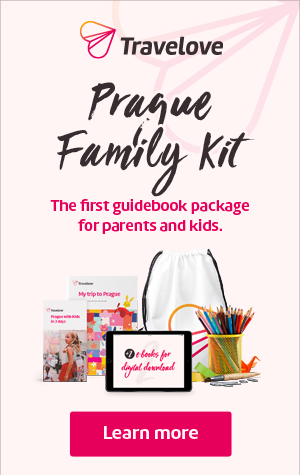 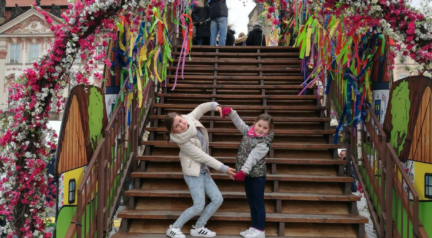 Anne and Nimrod: Prague is a place you can’t get enough of! 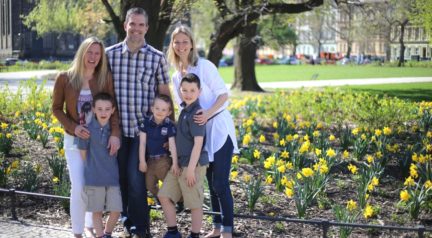 Carolyne and Erik: put the Prague Family Kit into Action

We use cookies to ensure that we give you the best experience on our website. If you continue to use this site we will assume that you are happy with it.Ok